19 Years Before The Beginning 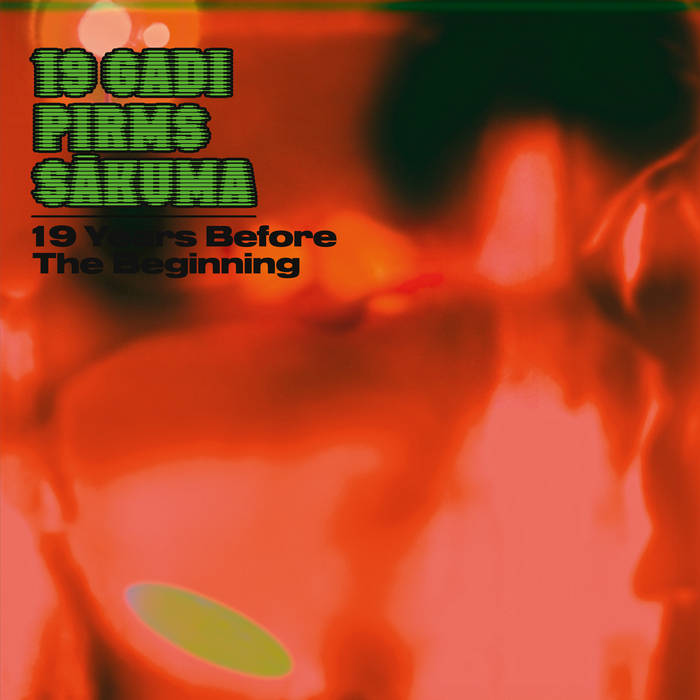 “Sometimes our own creations surprised us,” says Inguna Rubene, flute player, guitarist, bassoonist and songwriter for 19 gadi pirms sākuma (19 Years Before the Beginning).
Created with the idea of lasting for a single performance, 19 gadi pirms sākuma developed into one of the most delicate, intriguing groups in Latvia’s 1980s and early 1990s music scene.
Formed in 1988, the band arrived at a time when the Soviet Union was showing the first signs of unravelling. Latvia remained an occupied country, but experimental audio and visual events organised by a generation of young artists started to challenge the boundaries of what could be allowed.
“We chose our instruments based on the emotions that we wanted to reflect and the instruments that were at hand. When recording a song, we usually borrowed the necessary ones from our colleagues. The general practice between the musicians was to share and help one another,” explains Rubene (Inguna Černova at the time).
“19 gadi pirms sākuma started because we wanted to prepare a musical programme for an exhibition organised by Hardijs Lediņš, Juris Boiko [both from the band/performance collective NSRD] and other avant-garde artists at the Aizrobezu Art Museum [now the Art Museum of Riga Bourse].
“It could have remained as a one-time musical project if it were not for two journalists from West Berlin who were at the exhibition,” Rubene reveals. “They asked for the band’s album, but there was none.”
From there the project quickly picked up momentum. The band: Inguna (vocal, flute, bassoon, rhythm guitar) Daiga Mazversite (Daiga Mazvērsīte) (synthesizer), Ilgvars Riskis (Ilgvars Rišķis) (percussion) and Viesturs Slava (keyboards, guitar, programming, vocal); improvised a studio in Riskis’ apartment and with the modest equipment available to them set about recording.
They laid down four tracks, one of which, Singapūras Vējš, appears on this compilation. Listening to it now, the frantic synths, percussion and Rubene’s vocal reveal the urgency of the time. The momentum of youth enlivened by the possibilities of the future. Fragility exists in the music, especially in the vocals, yet it is swept up in the energy of the moment.
Things continued to move quickly for the group. Shortly after that first recording session they were invited to play West Berlin’s Transmission Festival, sharing the stage with the likes of Einsturzende Neubauten.
The following year, two new members joined 19 gadi pirms sākuma: Uldis Vanags (woodwinds) and Ugis Serins (Uģis šēriņš) (saxophone). Once more they entered the studio, this time laying down five tracks, Die Wilde Frau, Ruhig, Kurmja deja, Nikni Zvēri, Pāri upei, all of which are present on this compilation.
When listening to them now, it’s remarkable how unique 19 gadi pirms sākuma’s music sounds. Seemingly disparate acoustic and synthetic sounds orchestrated into swooning, surreal songs. Elements of minimalism combined with synth pop and echoes of folk melodicism. According to Inguna, this unique sound shouldn’t be surprising considering the context.
“We should take into account that in the 1980's Latvia was part of the USSR, and many things, including music from foreign artists was not available and was even forbidden. I did not listen to the music that the Soviet Union scene offered,” explains Rubene. “I had to find the inspiration within myself.
“When it was possible though, I listened to musicians such as Laurie Anderson, Philip Glass, Arvo Part and Jethro Tull.”
Much like their contemporaries and collaborators NSRD, 19 gadi pirms sākuma’s music captures frustration with their own reality, and a playful drive to make up a new one.
“19 gadi pirms sākuma played a very different music from the one that was popular in Latvia and the Soviet Union then. The lyrics of our band are rich with unexpected characters and sometimes even absurd images,” says Inguna.
“It was a very exciting time; we played and improvised a lot. Every artist in 19 gadi pirms sākuma put their own sense of freedom, power and energy into the songs.”
In the years since that initial burst of life, 19 gadi pirms sākuma remained active. In 1990 their track Nakts ir mana zemapziņa was released on the Ienāc Ausīs compilation of underground Latvian music, the first record released in Latvia following its independence.
In 2005, a self-titled 19 gadi pirms sākuma CD album was released on the label run by producer, composer and Dzelteni Pastnieki founder Ingus Bauskenieks’, marking the first major documentation of the bands’ work.