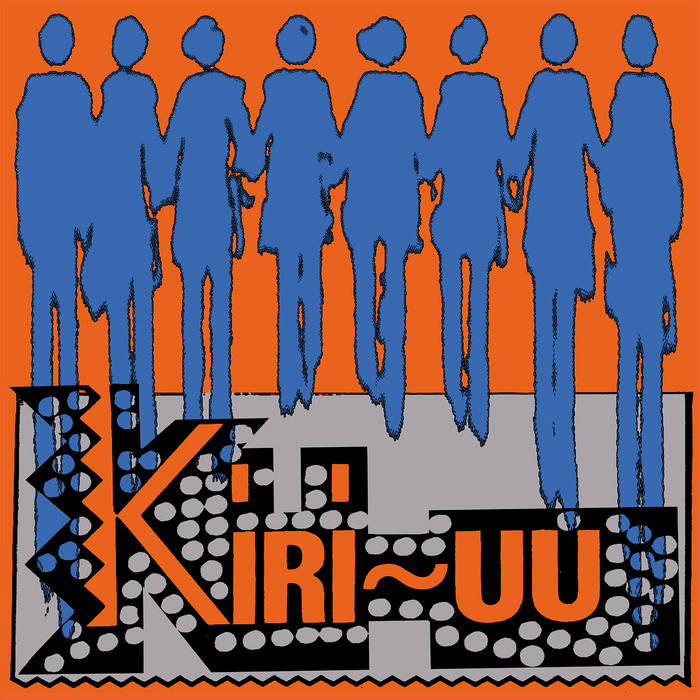 There is an overarching hypothesis that music and place are inextricably linked. Where the ancient folksong may be regionally grounded, migration and modernity have confused this notion. Who owns what is by definition the music of the people and not of the composer? Passed down by generations and subject to revision, reappraisal and re-telling, music develops over time in the public domain; new routes providing new understandings.
In the words of Charles Seeger this is the concept of the folk process. ‘Creak Whoosh’ is a collection of choral ballads originating in the Finno-Ugric regions of Estonia and Ingria, electronically adapted predominantly by Olev Muska and Mihkel Tartu, based around the contemporary arrangements of Veljo Tormis. Originally established as ‘Kiri-uu’, the project was undertaken by the children of Estonian refugees, most of whom grew up over 8,000 miles away in the metropolis of Sydney, Australia. With the majority having never visited the land of their ancestors prior to the tour of 1989, the first generations reshaping of these ancient folk tales conveys Seeger’s process amidst displacement and its subsequent fringe-culture. Fusing modern recording technologies and synthesised instrumentation with themes of nature and eternity, for a short time the Kiri-uu choir dictated their own unique reading of Estonian music for the Australian market. Love and family, swamps and forests, seasons and desire:

‘Is it the moon or the sun or a rainbow, or are they the stars in the sky?’

It is my strange inclination for Nordic music(s) perhaps explained by my Scottish family history and geographic proximity to the Northern countries that made the appeal of Olev Muska’s vision so immediate. From Gaelic psalms to Finnish kantele recordings and Swedish children’s songs (Hårgalåten!), there is often a degree of comfort to be found in their coldness. Much like Kiri-uu’s initial subversion of music and place, it is ironically the height of Australian summer when I meet Olev to share a pint of beer or two, unaware that the album is to become the definitive soundtrack of my time there. Heat stroke and sunburn, perspiration and transit, fantasy beaches and suburban homes.

In collaboration with STROOM, the fundamental messages of the old Estonian bards are carried forth this time into the 21st century, a revised selection of the original 1988 recordings accompanied by ‘Tšimmairuudiralla’ allowing for new perspectives and, perhaps crucially, a truly global audience. After all, in Finno-Ugric folk song it is perhaps only the strictly functional that remain unchanged, such as herding calls or Sami joik.

Kiri-uu is indebted to Veljo Tormis (1930-2017), one of the most important choral composers of the 20th century in Estonia, for his extensive work in illuminating the unique character of Finno-Ugric runic song

If you like Creak-whoosh (Estonian, Ingrian and Votian song re-imagined in Australia by Olev Muska and Mihkel Tartu), you may also like: