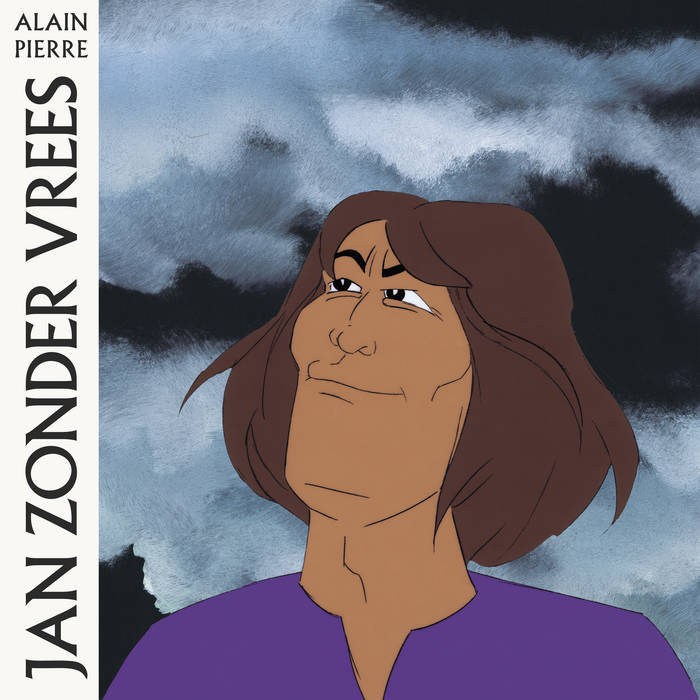 First there was total darkness, then came birth as an online radio station, and now Stroom.tv gets a record label branch.

The firstborn baby is the soundtrack to the 1984 Flemish cult classic movie 'Jan Zonder Vrees', by infamous composer Alain Pierre. ‘Jan Zonder Vrees' was the first animated feature film, directed by Jef Cassiers and commissioned by the public broadcasting company BRT. It tells the tale of Jan, a simple yet extremely strong farmer boy who has to battle evil whilst fleeing from his native town of Antwerp. Although Cassiers was on a very small budget, his movie is full of references to Old Masters like Bruegel and Bosch, and famous actors such as Jan Decleir and Dora Van der Groen lent their voices. ‘Jan Zonder Vrees’ became an instant classic sunday afternoon VHS-tape for a whole generation of flemish kids.

The soundtrack of the Brussels based composer and sound designer Alain Pierre, who worked on numerous other movies (Jurassic Parc ao!), is one of the most striking elements that contributed to the success of this classic - however, until today, the soundtrack never had a proper release. The score ranges from catchy synthesizer tunes over upbeat medieval melodies with an eighties make-over to near-atmospheric ambient, and the theme song is an earworm that’s nested deep into the collective memory of every Flemish person who had a tv in the late eighties and nineties.

‘Jan Zonder Vrees’ is the first ever release on STROOM 〰, a sublabel of musicmaniarecords.

"Because I obtained my own rhythm through a smooth narration with short dialogues and moving camera angles, I wanted, in addition to the personal drawing style, a personal sound, my own tone or timbre for the film.
When I completed my very first storyboard, in which I indicated a provisional musical line, I went to see my good friend Jean “Toots” Thielemans. I was convinced he would be able to deliver those melodies. The sound of the harmonica is doing something special, it creates an atmosphere in which you can recognize “us”, and that’s exactly what I wanted for the movie. Jean agreed and gave me two small melodies before he left to the United States. Alain Pierre, also a composer who had written a lot of film music, would elaborate the arrangements and the musical effects. Since he was a professional sound director, he would also record them. We decided on all this at the start of the project, in September 1981.
In April 1984 I realised Toots’ melodies no longer suited my characters, who were moving by now! Toots was still under contract in the US and I had financial problems, so I decided to hand everything over to Alain Pierre. In the meantime he had watched the images, and had really fallen in love with my creation because of its singularity and the speed of the movie. For me, a feature film consists for 80% of melodies and sound effects. With Alain, who had already started with the effects in February 1984, I no longer had to worry.
He studied every move in the film on the TV monitor he had built in his studio, and after a full month he came to me with 1238 new musical effects (83). He had worked like a madman for days and nights. Usually, a feature film has about 750 musical effects, but Alain paid attention to the smallest of details, so he ended up with a much larger number of effects.
The main themes came to him automatically, and he wrote an extraordinary new musical “score” for the images. With his music, he raised tension and confronted playful / dramatic moments. Alain wrote a theme for Jan, which instantly crept into your ears and kept resounding.
Alain also wrote a beautiful love theme (84) and he gave the villain a broad and bleak motif, just like I asked. For a fight, he managed to brilliantly intertwine the themes of Jan and of the villain. His tone colours for “the market” opposed those for “the party” in the castle and gave that typical atmosphere of the Flemish landscape (85) that I had dreamed of for the movie.
Jan, Dokus and I are all more than grateful to Alain Pierre, for his commitment and work. Because I had to let go the idea of an orchestra or choir right from the start, due to my financial constraints, he composed, arranged, played and recorded all of the music for the movie completely by himself. Hats off to him!"
- J. Cassiers