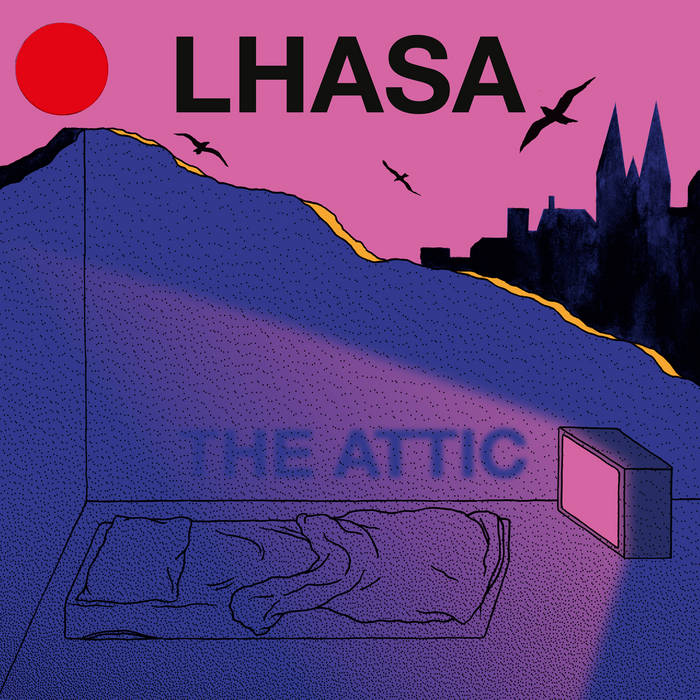 Johnny Slomo and the Greenhill Ponies

To understand where “The Attic” came from, we have to go back to one of my oldest memories: watching Der Phantastische Film on German tv. The movies that left the deepest marks on me were the ones that zoomed in on the possible bad sides of technology and predicted the downfall of mankind. A next personal cornerstone was Tubeway Army's “Are 'friends' electric?”, from 1979: it was the first time I was blown away by the sound of synths. It felt so new, an expression of the perversity of technology through music. The song was about androids who seduced humans in order to rape them. The shortcomings of human beings transported to technology. It was machines turning against humanity. It wasn't like Kraftwerk who were very first degree, unpersonal and too clean.

I was an early adopter of home computers, but the instruments and studio stuff to make music were still out of my reach in the early eighties. So when sampling came along, for me it was not only an important change in sound image, but it opened up all these possibilities too. And then finally, in the mid-eighties – I was working in the military – people started selling their hardware to make the switch to digital. I bought loads of old gear and started experimenting with sound. It was around the time when the whole new beat thing exploded in Belgium. I despised it. To me they were yuppies with smileys plundering a subculture, shitting out one bland record after another... At the time I was listening to B-2 Unit by Sakamoto, or the weird electropop of YMO. That's probably where my idea of techno was shaped: this idea of electronics mixed with the German Bauhaus school, or with abstract Malevich paintings.

I quit the army around 1990, and shortly thereafter I had a dark dream that caused me to make 'The Attic'. I was in the attic of a house. It felt magical, but there was a sense of underlying danger. I looked up and the roof came off and started to dissolve, and I heard voices with bird like frequencies calling from the cosmos: “come with us, come with us.” Maybe it was about the deification of technology? Anyway, the image and the feeling of the dream were so vivid I transcribed them to music in maybe two days.

When the demo was finished, we went straight to Boccaccio and handed it to Olivier Pieters, who immediately played it. 'The Attic' went on to become one of the signature songs for which they switched on the big lasers. It started to live its own life: I heard it in shopping streets in Amsterdam, it was blazing from cars, it was huge in Germany after the wall fell, etc.

I quickly realized the music business wasn’t something for me though: all these people with their profiling urge, the bootlegs, the fact that music got pushed into formats ... In retrospect, I was part of a scene without really taking part in it.