Time Together (Hues and Intensities) 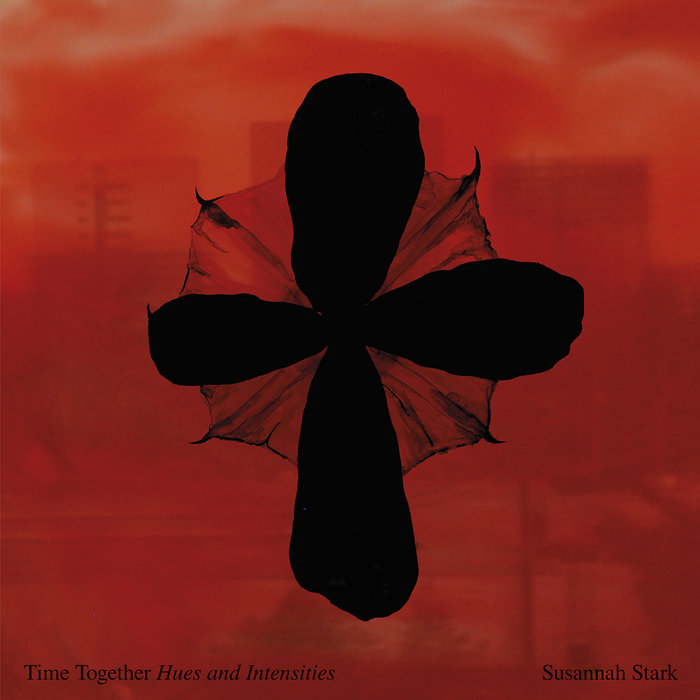 mudguardiain Wow, stunning album, just superb. fantastic recording too, really great on my headphones, just what I needed after a hard day at work. shall be giving this repeated listens frequently. should be on many albums of 2020 lists.

a made up reality

Time together (hues and intensities) is the debut album by Susannah Stark. Susannah has been active as a visual artist for some time and in recent years started working with sound as a central element of her art installation works. at the same time, she began feeling drawn to music and voice as a creative medium.
Coming from a family of musically minded people, from a young age she was exposed to a mix of rock, folk and pop music, fiddle and piano lessons.
she later became interested in reggae and dub music, coinciding with meeting and collaborating with musician Donald Hayden during the making of different artworks.
she went on to develop an interest in the different frequencies of voices heard in public spaces, most often in pop music, and in the spatial tensions within different styles of music.
she has worked often by sampling and layering vocal clips from tracks produced at the time of the second summer of love in the UK (1988-89), a time which she was too young to remember firsthand but the spirit of which has had a strong influence on her creatively.
these songs, formed out of vocal improvisation and exploration into different dimensions of softness in relation to the voice - a longstanding interest for the artist - focus on a heightened sensory experience of voice blended with keyboard synths, resonating trumpets, distorted percussion, guitar feedback, samples and field recordings.
composed between 2017 - 2020, these songs came to fruition over a period of time coinciding with an awakening spirituality in the artist.
Time together is an attempt at describing the beginning of a journey into self knowledge and spiritual awareness through music, creating something soothing and meditative that is also percussive and bass heavy to convey a diversity of spaces, places and emotional states navigated through voice and song.

album opener Saturn reflects bittersweetly on past romantic encounters whilst giving an indication of what’s to come, as the understanding of what it is to love broadens and deepens, birthing new realisations and anticipating change.
soft voices resonate at a frequency that can soothe and aid in healing, but also at times be deceptive when considered along with what is being said. This is explored in Dear Beloved Friend, a track which arose out of research into the favouring of Scottish accents in telesales, and also in phone scams.
At times however, softness is integral to survival, particularly when faced with the heaviness of a world in which ego is allowed to dominate, a theme in Unnatural Wealth.
This is for us responds to an ever changing living situation; impermanence, moments of dissonance, fragmentation and (re)connection with others, while Remind you is a timeless message of support and encouragement offered to a friend and younger sibling.
Can of worms was inspired by the teaching of selfless action through meditation and yoga contained in the Bhagavad Gita, a 700-verse Hindu scripture known in english as ‘the song of god’. meanwhile the soundscape of Reprise was intended to evoke landscapes inhabited by early Christian mystics in the western isles of scotland.