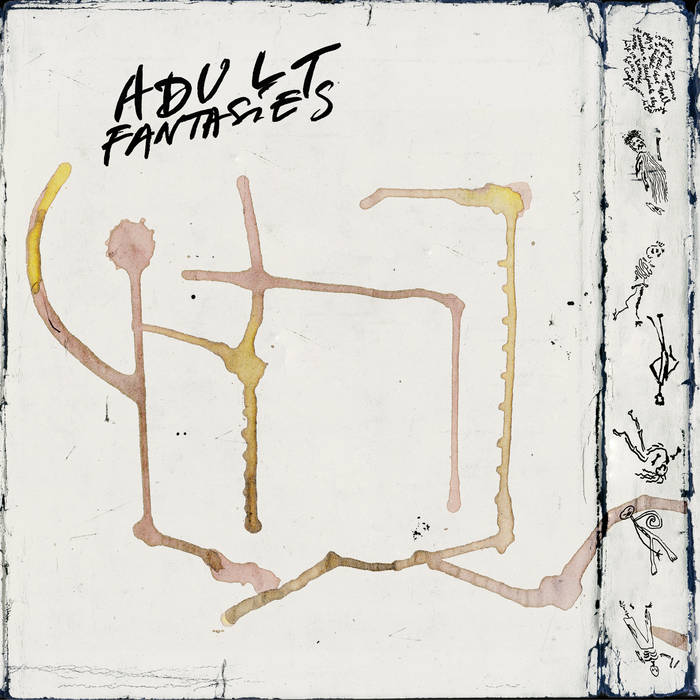 thezielercomplex An atmosphere like an Eastern bloc, parallel universe-version Histoire de Melody Nelson, 'Under a Steelplate Sky' feels like a dream that wants to tell you something important; a dream you want to return to again and again. Favorite track: Under a Steelplate Sky.

“Als das Kind Kind war, wusste es nicht dass es Kind war” the opening words of “Himmel über Berlin (Wings of Desire)” by Wim Wenders are so incredibly simple and innocent that they strike you down like the most murderous thunderbolt: “When the child was a child, it didn’t realize it was a child”.
Are these words the fantasies of an adult or are these words the adult cogitations of a child’s brain?

Grandma: Come here, you little crabs! Once upon a time there was a poor child without a father and a mother, all were dead, and no one left in this world. All were dead and she stood up and walked and searched all day and all night. And because there was no one left on earth, she wanted to go to heaven and the moon looked so friendly down upon her. And as she had reached the moon, it turned out to be a piece of rotting wood. So she went to the sun, and as she had reached the sun, it turned out to be a faded sunflower. And as she had reached the stars, they looked like tiny golden mosquitos, all pinned down, like the red-backed shrike bird pins them down wiggling and dying on sharp blackthorns. As she got back to earth, it turned out to be a chamber pot turned over. And she was alone. And there she sat down and cried, and there she still sits down and cries.” (Georg Büchner, Woyzeck)

This children’s tale by German writer Georg Büchner remains one of the most heartbreaking tales of despair I have ever read. Yet …. in his play ‘Woyzeck’ (1836) it is meant to be told to children as a fairy tale. I have always found this paradox extremely fascinating: the more innocent or naïve the form is, the more violent and destructive the effect can be. Therefore, a whisper can hurt more than an outcry of anger. The lesser the volume, the louder the result. A seemingly simple melody can hide a message of despair. The border between ‘adult’ and ‘child’ becomes very blurry in this context. The imagination of a child can be very adult or the fantasies of an adult can have a more devastating impact if told in a childlike way. Adult fantasies?

A traditional Inuit way of hunting polar bears was to hide a sharp spring inside a piece of walrus fat: the bear was lured by what looked like the best treat ever but when he put his teeth in it, the spring unfolded, cut open his mouth and he ran away, bleeding to inevitable death. The hunter just had to follow the red snowmarks to find the agonising predator.
What looks innocent and attractive might hide something lethal.

Is ‘melodious’ the same as ‘pop’? Well, I guess in the sense that The Velvet’s ‘Pale Blue Eyes’ could be labelled ‘pop’: it is simultaneously melodious and yet bloodcurdling cold. A melodious song can hide a lethal spring. Caressing and killing can be the same.
There are butchers who whisper soft and sweet words in the ear of the animal that they are about to slaughter.

“Chekhov or some cheap TV or is this what we call ‘reality’?” (The Party is Over). Chekhov is a master in describing boredom.

Our future lies in the past. The intensity of artistic movements at the beginning of the 20th century has never been surpassed. Long before the literary cut-up technique of William Burroughs or the musical mix of any Dj, Dadaists experimented with typographic and visual collage. What is it other than a ‘mix’ before that three-letter word had been invented?

Gerrit and I met in a 4-track cassette recording studio in a basement where our producer had accidentally mixed some of our tracks together…. His unstoppable flow of musical creativity was only matched by his generosity and patience to work with me.
It was the beginning of a beautiful friendship.

'With this paraphrase of the historical closing line from “Casablanca”, we have ended where we started this ‘Quote / Unquote’: at the movies. That is no coincidence. We have always felt that we were making soundtracks for unexisting films.

“Nothing remains but Towers of Silence” (Parsi). Towers of silence are funnel-shaped towers
upon which the Parsi (or Farsi), followers of the ancient religion of Zarathustra, put their
dead. As fire is sacred to them, they do not incinerate their dead. The corpses are put on these
towers, where vultures pick the flesh.'

The record is a canvas. This music is not about trends, it is about emotions, colours, stories and images. And sharing these with you has been made possible by this release on Stroom: we are very grateful to Stroom for that. And to you for listening.